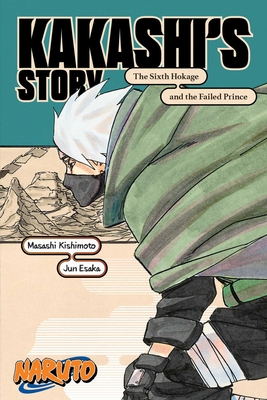 When Kakashi sets off on a mission to the lush land of Redaku, he encounters its people suffering from a severe drought. The prince of Redaku can bring water to the land, but he has left his royal home for another village. When Kakashi locates the prince, he discovers a more elaborate plot long in the works that involves the fates of both Redaku and Konoha.
Masashi Kishimoto

Author/artist Masashi Kishimoto was born in 1974 in rural Okayama Prefecture, Japan. After spending time in art college, he won the Hop Step Award for new manga artists with his manga Karakuri (Mechanism). Kishimoto decided to base his next story on traditional Japanese culture. His first version of Naruto, drawn in 1997, was a one-shot story about fox spirits; his final version, which debuted in Weekly Shonen Jump in 1999, quickly became the most popular ninja manga in Japan.

Born February 13 in Kanagawa Prefecture. Blood type O. After graduating from Waseda University, he began working as a writer.