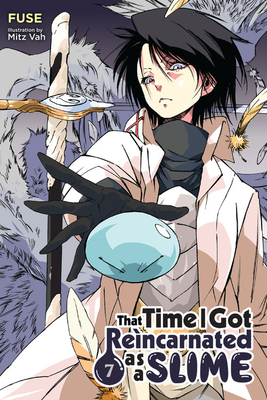 This is book number 7 in the That Time I Got Reincarnated as a Slime (light novel) series.

A gutsy glob in crisis!News of the demon lord Clayman's defeat by Rimuru shakes the Holy Empire of Lubelius to its core-especially since the chief knight of the nation's Imperial Guard and captain of the Crusader forces, Hinata Sakaguchi, launched a bold attack on Rimuru not long ago. Things look only more dire when a priest sent by Rimuru to attend an urgent meeting of Lubelius bigwigs ends up murdered. The stakes couldn't be higher for either side as Hinata heads to Tempest to settle things-one wrong move could spell total warfare!
Fuse is the author of That Time I Got Reincarnated as a Slime.

Mitz Vah is the artist for That Time I Got Reincarnated as a Slime.