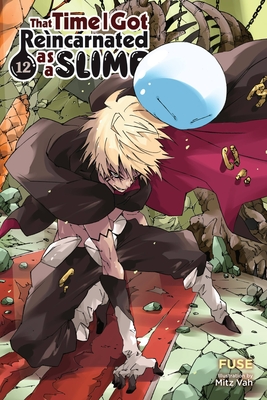 This is book number 12 in the That Time I Got Reincarnated as a Slime (light novel) series.

THE GEARS OF WAR BEGIN TO TURN

​Threatened by Tempest’s continued rapid expansion, the Eastern Empire finally starts setting the stage for all-out war with the monster nation. According to Chloe, the time-traveling Hero, there exists a timeline in which the Empire kills Rimuru and Tempest subsequently collapses. While Rimuru’s doom isn’t set in stone, his victory isn’t a foregone conclusion either. This may be a different timeline, but the slime demon lord nonetheless steps up his guard—and just as he does, several Imperial spies infiltrate Tempest…
Fuse is the author of That Time I Got Reincarnated as a Slime.
Mitz Vah is the artist for That Time I Got Reincarnated as a Slime.