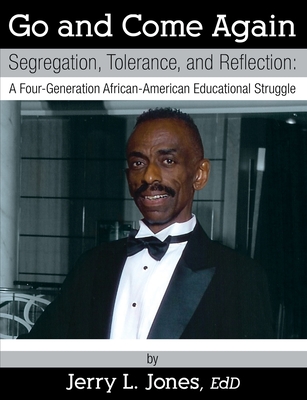 Go and Come Again begins with a focus on the history and culture of a small town in Southwest Virginia during the era of segregated schools and the concurrent Jim Crow mind-set. The first chapters analyze the various struggles of the author's family, selected teachers and students, and the transitions of the early 1960s. Later chapters detail the author's experiences at a historically black college as well as his work experiences as a high school teacher, a professor at a community college, and a professor at a small, church-affiliated liberal arts college which is located near his birthplace. Additionally, the author chronicles his own personal journey-from his early days as the younger son of a single mother who struggled financially to his later profile as author, local politician, church musician, lay speaker, community leader, and educator.

Even though the Supreme Court decision of 1954, Brown v. the Board of Education, ruled that racially separate school systems should be ended, it was not until 1965 that this happened in Washington County, Virginia, the county where Jerry Jones was born. Moreover, the shortcomings of public school education for African Americans existed for generations. In his book, Go and Come Again, Jones details the public school experiences of his grandmother's generation, his mother's generation, and his own generation.

As a teacher in the fast-changing area of computer literacy, the author devotes significant attention to his desire for graduate study and other opportunities for continuing education. He also analyzes the factors which have contributed to the many successes of Southwest Virginia blacks who left their hometown areas for education and employment.

The extent to which one struggles to care for an elderly parent is a topic which brings an array of emotions to the surface. With no other siblings to assist in his mother's final years, Jones had the challenge of being the sole caregiver until her death at age 93-an event which still casts a shadow on his own perceptions of love and family. Delicately, he outlines the key events of that time in his life and his belief that his own life continues to have meaning and that living alone should not be feared.