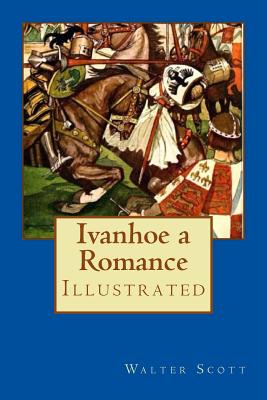 
Not On Our Shelves—Ships in 1-5 Days
(This book cannot be returned.)
Ivanhoe is the story of one of the remaining Saxon noble families at a time when the nobility in England was overwhelmingly Norman. It follows the Saxon protagonist, Sir Wilfred of Ivanhoe, who is out of favour with his father for his allegiance to the Norman king Richard the Lionheart. The story is set in 1194, after the failure of the Third Crusade, when many of the Crusaders were still returning to their homes in Europe. King Richard, who had been captured by Leopold of Austria on his return journey to England, was believed to still be in captivity.
Sir Walter Scott, 1st Baronet, FRSE (15 August 1771 - 21 September 1832) was a Scottish historical novelist, playwright and poet. Many of his works remain classics of both English-language literature and of Scottish literature.