A Pause in Eternity: A Nine Tails story (Paperback) 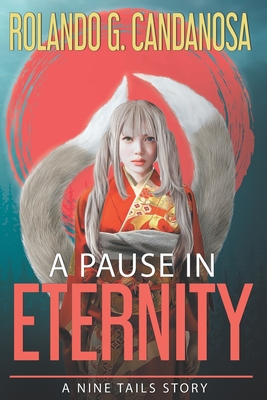 A Pause in Eternity: A Nine Tails story (Paperback)

HITOMI has a secret-she is a kitsune, an immortal, shape-shifting fox who must feed on human lives to survive. Being part of the most powerful kitsune clan in Japan isn't easy, and Hitomi is tired of her responsibilities and the monotonous everyday life they entail. Hitomi's life takes a turn when she meets her destined soulmate, Araki, a kitsune who swore an oath of vengeance to eradicate Hitomi's clan. Knowing that the bond between soulmates is forever, Hitomi leaves her home island of Aogashima, following Araki and forsaking her clan. Cunning, sexy, and absolutely lethal, Araki will drag Hitomi away from her unvarying life and launch her into a new adventure within her eternity. Together, Hitomi and Araki will build a new life, learning to love for the first time. But Hitomi knows she can't outrun her clan forever.

After two-hundred years, an ancient threat resurfaces. A battle between two kitsune clans continues. A new romance emerges. And Hitomi is right in the center of it all.