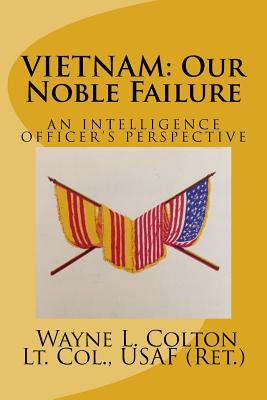 
Not On Our Shelves—Ships in 1-5 Days
(This book cannot be returned.)
Extraordinary, first-hand account of an Air Force Intelligence officer who served as a strategic advisor to the Vietnamese Air Force from 1966 to 1967. His fluency in the Vietnamese language gained at the Defense Language Institute in Monterey, California, afforded him unequaled opportunities for privileged access to commanders and leaders in both the U.S. and Vietnamese military structure and hierarchy. He was awarded the Bronze Star as well as the Vietnamese Medal of Honor for his key role in pre-empting a large scale all-out planned attack by a North Vietnamese regiment against the most important and highly visible U.S. installation in South Vietnam, Tan Son Nhut Airbase in December 1966. He worked closely with hand-selected personnel attached to General Nguyen Cao Ky, then Premier of the country. He was honored to be chosen to be part of a very small contingent of military personnel who welcomed and met with President Johnson on his unannounced but timely visit to the troops in Vietnam. He recounts numerous close calls on his life during his tour of duty, as well as unforgettable events like the Bob Hope show and his R&R adventure in Hong Kong. Using a blended mix of personal recollections and anecdotes plus first-hand accounts of historical fact, the author shares his memories of the war in a personal and professional manner that is nothing less than spellbinding. His many experiences in this distant land coincided with the onset of the drum-beat of protests in the U.S. which would ultimately cause us to abandon our epic and historically intensive efforts there. He details how we initially became involved and more importantly, why we were unsuccessful despite our technological superiority as well as our untiring and extraordinary labors and endeavors. He provides significant insights into the role the media played in undermining the U.S. military efforts to aid the people of South Vietnam, a resolute and courageous nation which desired freedom at all costs and who were willing to pay the ultimate price to attain that precious freedom. Finally, he answers the questions of why we went to war in Vietnam, why we lost that conflict and why our nation could and did turn its back on its own military in so many ways. Most important of all, he answers the question why Vietnam turned out to be such a noble failure in spite of the heroic, dedicated and untiring efforts of so many brave men and women. It's a book every American should read.