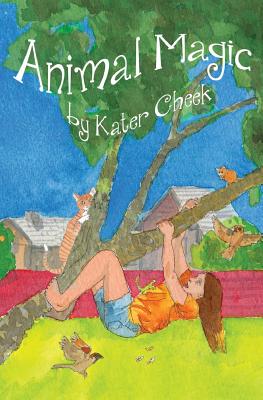 
Not On Our Shelves—Ships in 1-5 Days
(This book cannot be returned.)
If 11-year-old tomboy Scar had three wishes, she'd wish that she didn't cry so much, that she had a mountain of candy, and that she could be a werewolf. It's no secret that she loves animals and wishes she could be one. One day she rescues a hurt bird that not only talks, but has a magic power. Soon Scar meets a talking invisible dog named Dusty, and a group of magic animals led by a cat named Miu. Miu offers to give Scar and her brother magic powers, but Miu betrays them and turns her brother into a cat instead. Since Scar's parents don't believe that the new orange kitten hanging around is their son, it's up to Scar and Dusty to save him. Dusty helps Scar get her own magic power, but with the cat army growing stronger by the day, it will take all their resources to save her brother before it's too late.