What Happened That Night (Paperback) 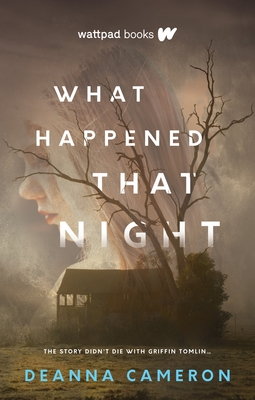 What Happened That Night (Paperback)

Sometimes the lies we’re told are nowhere near as deadly as the lies we tell ourselves . . .


Four months after the murder of golden-boy Griffin Tomlin, the entire town of Shiloh is still in shock. For Clara Porterfield, the world has crumbled into a million chaotic pieces.

At home, her sister awaits trial for Griffin’s murder, her mother obsessively digs in a dead garden, and her father lives in perpetual denial.

At school, Clara is haunted by her classmates’ morbid stares and the unspoken questions they are too afraid to ask.

And deep inside, Clara holds a truth she isn’t ready to face—and it could explain what really happened the night of Griffin’s murder.

Deanna Cameron began posting her stories on Wattpad under the pseudonym, LyssFrom1996, when she was just sixteen years old. Since then her debut novel, What Happened That Night, has been published in North America and France, after gaining over a million reads on Wattpad. Originally born in Canada, Deanna now attends university in Western New York and writes in the early hours of the morning.