These Bones Will Rise Again (Paperback) 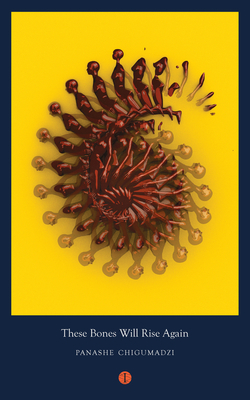 These Bones Will Rise Again (Paperback)


Special Order—Subject to Availability
What are the right questions to ask when seeking out the spirit of a nation? In November, 2017, the people of Zimbabwe took to the streets in an unprecedented alliance with the military. Their goal, to restore the legacy of Chimurenga, the liberation struggle, and wrest their country back from more than 30 years of Robert Mugabe’s rule. In an essay that combines bold reportage, memoir, and critical analysis, Zimbabwean novelist and journalist Panashe Chigumadzi reflects on the "coup that was not a coup," the telling of history and manipulation of time and the ancestral spirts of two women—her own grandmother and Mbuya Nehanda, the grandmother of the nation.
Panashe Chigumadzi was born in Zimbabwe and grew up in South Africa. Her debut novel, Sweet Medicine, won the 2016 K. Sello Duiker Literary Award. She is the founding editor of Vanguard Magazine. Her work has appeared in publications including the Guardian, Die Ziet, and the New York Times. Chigumadzi is currently studying for a PhD at Harvard.
"An extraordinary and thrilling history of Zimbabwe, culminating in the overthrow of Robert Mugabe." —Guardian

"Chigumadzi's exploration of personal, family and national history reincarnates in stark, vivid images, many of those interred in the shadows of her country's 'Big Men'." —Tsisti Dangarembga, author, Nervous Conditions