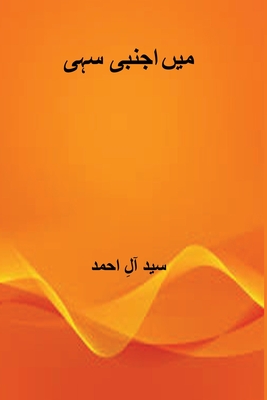 Syed Al-e-Ahmad was a well known Pakistani urdu poet, primarily of the Ghazal form, but also of Nazm. He used unique diction for his remarkable expressions regarding life and society.

Ahmad was born in Meerath, India, the son of a police servant. His grandfather Sadiq-al-Atee was the student of Ghalib.

He started writing verses at the age of fifteen. Initially he wrote with the penname of "Bedil Meerathi", but in 1955, he started writing with his actual name "Ahmad". He died in Bahawalpur, Pakistan.

He has authored three publications which are;