Tales of King Arthur and the Round Table (Hardcover) 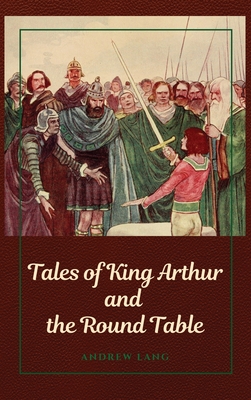 Tales of King Arthur and the Round Table (Hardcover)

The tales of King Arthur and his Knights are of Celtic origin. In olden times, it was the custom of minstrels and story-tellers to travel through the land from court to court, telling of tales of chivalry and heroism, and for many centuries the tales of King Arthur formed the stock from which the story-teller drew. In this way the stories came to be handed down from father to son, in Brittany as well as in Wales and England. One of the most famous of the books compiled by old English writers was the "Historia Britonum," which was written (in Latin) by Geoffrey, Bishop of Asaph. It contained an account of a war which King Arthur waged in Western Europe, but made no mention of the Holy Grail. From this and other books of romances compiled in England, and very largely, too, from books of French romances, Sir Thomas Malory obtained the material for his "Morte d'Arthur," which was written in 1470. This is the most famous of the early books of Arthurian legend, and it is from the "Morte d'Arthur" that most of the stories in this book are taken.