The Yuezhi. Origin, Migration and the Conquest of Northern Bactria (Paperback) 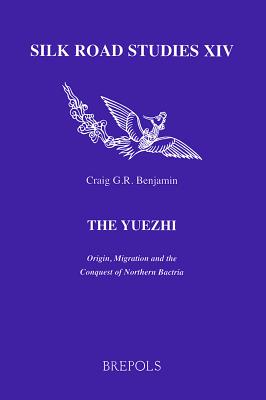 The Yuezhi. Origin, Migration and the Conquest of Northern Bactria (Paperback)


Special Order—Subject to Availability
(This book cannot be returned.)
This book provides a detailed narrative history of the dynasty and confederation of the Yuezhi, whose migration from western China to the northern border of present-day Afghanistan resulted ultimately in the creation of the Kushan Empire. Although the Yuezhi have long been recognised as the probable ancestors of the Kushans, they have generally only been considered as a prelude to the principal subject of Kushan history, rather than as a significant and influential people in their own right. The evidence seemed limited and ambiguous, but is actually surprisingly extensive and detailed and certainly sufficient to compile a comprehensive chronological political history of the Yuezhi during the first millennium BCE. The book analyses textual, numismatic and archaeological evidence in an attempt to explain the probable origin of the Yuezhi, their relationship with several Chinese dynasties, their eventual military defeat and expulsion from the Gansu by the Xiongnu, their migration through the Ili Valley, Ferghana and Sogdia to northern Bactria, and their role in the conquest of the former Greco-Bactria state. All of these events were bound up with broader cultural and political developments in ancient Central Asia and show the extraordinary interconnectedness of the Eurasian historical processes. The domino-effect of the migration of the Yuezhi led to significant changes in the broader Eurasian polity.