The Curse That Binds Us (Paperback) 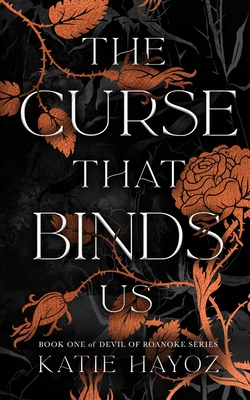 The Curse That Binds Us (Paperback)

Some curses can't be outrun.

The secret to Redd's past is locked away in a 400-year-old box that mysteriously appears every year on her birthday. For her entire life, her mother has kept them running from whatever lurks inside it. But Redd's had enough of not knowing who she is. So when the box shows up where only she can find it, she opens it...and awakens a link to the evil her mother fought to keep dormant.

John lives in an old-fashioned village, a place of exquisite beauty and abundance. But such splendor demands that the villagers commit unspeakable acts. When the link with Redd is unlocked, the village council believes they have a solution to simplify their darkest task. John is sent to find the one girl who could possibly save them...if she makes the ultimate sacrifice.

Eleanor sets off from England to America in 1587, pregnant and desperate to leave her ties with the devil behind. But when the captain of the ship refuses to take her and the other settlers further than Roanoke Island, what should be the beginning of a better life turns into a horrendous struggle to survive. Eleanor's desire to see her daughter live at any cost will curse her and everyone around her for centuries to come...

Redd, John, and Eleanor's stories meld together in a mashup of dark, urban, and historical fantasy, delving into the nuances of good and evil, the price of loyalty, and the extremes we will go to for those we love.