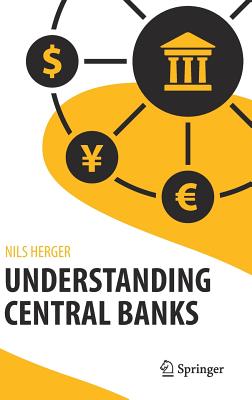 
Not On Our Shelves—Ships in 1-5 Days
Issues related to central banks feature regularly in economic news coverage, and in times of economic or financial crisis, especially when a commercial bank is bailed out, they become the focus of the policy debate. But what role do central banks play in a modern economy? How do central banks wield influence over the financial system and the broad economy? Through which channels does monetary policy impact macroeconomic fundamentals such as inflation or unemployment? For example, how does a central bank alter the money supply? What are the benefits of central bank independence, and what are the up- and downsides of having a common currency? This book provides easily accessible answers to these and other questions associated with central banking.
Dr. Nils Herger is a lecturer at the Study Center Gerzensee - the research and training center of the Swiss National Bank. His main responsibility is to organize a course program for central bankers, which is attended by participants from all over the world and enjoys an excellent international reputation. Nils Herger also teaches monetary policy and macroeconomic topics at the University of Bern. He holds a Ph.D. in economics from the University of Exeter.