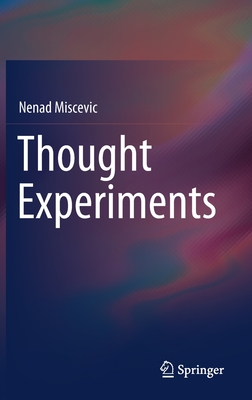 This book offers a readable introduction to the main aspects of thought experimenting in philosophy and science (together with related imaginative activities in mathematics and linguistics).

Nenad Miscevic is Professor of philosophy at the Philosophical faculty in Maribor, Slovenia, and has been, until this year, Regular Visiting Professor at Central European University Budapest. He also taught as guest professor at Universities of Geneva, Trieste and Klagenfurt. He studied philosophy in Zagreb, Chicago, Paris and Ljubljana, where he defended his doctorate thesis. He has been President of European Society of Analytic Philosophy and has held presidential functions in philosophical societies of his home country.He has published a number of books in Croatian and three books in English, two in semantics and one in political philosophy and has been contributing to volumes on thought experiments, most recently to the Routledge Handbook of Thought experiments.