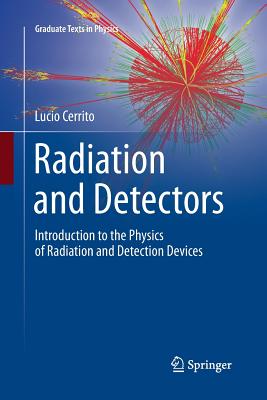 This textbook provides an introduction to radiation, the principles of interaction between radiation and matter, and the exploitation of those principles in the design of modern radiation detectors. Both radiation and detectors are given equal attention and their interplay is carefully laid out with few assumptions made about the prior knowledge of the student.

Part I is dedicated to radiation, broadly interpreted in terms of energy and type, starting with an overview of particles and forces, an extended review of common natural and man-made sources of radiation, and an introduction to particle accelerators. Particular attention is paid to real life examples, which place the types of radiation and their energy in context. Dosimetry is presented from a modern, user-led point of view, and relativistic kinematics is introduced to give the basic knowledge needed to handle the more formal aspects of radiation dynamics and interaction. The explanation of the physics principles of interaction between radiation and matter is given significant space to allow a deeper understanding of the various technologies based on those principles.

Following an introduction to the ionisation mechanism, detectors are introduced in Part II, grouped according to the physical principle that underpins their functionality, with chapters covering gaseous detectors, semiconductor detectors, the scintillation process and light detectors. The final two chapters describe the phenomenology of showers and the design of calorimeters, and cover additional phenomena including Cherenkov and transition radiation and the detection of neutrinos. An appendix offers the reader a useful review of statistics and probability distributions.

The mathematical formalism is kept to a minimum throughout and simple derivations are presented to guide the reasoning and facilitate understanding of the working principles. The book is unique in its wide scope and introductory level, and is suitable for undergraduate and graduate students in physics and engineering. The reader will acquire an awareness of how radiation and its exploitation are becoming increasingly relevant in the modern world, with over 140 experimental figures, detector schematics and photographs helping to relate the material to a broader research context.

Lucio Cerrito is a particle physicist studying the production, mass, and dynamics of top quarks and heavy bosons at particle colliders. He is a member of the ATLAS collaboration at the LHC, working on the calorimetric event trigger. Between 1999 and 2010, he participated in the CDF experiment at the Tevatron collider in the USA, where he was responsible for the operations of the central muon detectors between 2002 and 2004. He is a member of the Institute of Physics, Fellow of the Higher Education Academy, and has held funding from the Science and Technology Facilities Council, the Royal Society, and the Leverhulme Trust. At Queen Mary University of London he teaches the 3rd year undergraduate course on Radiation Detectors.