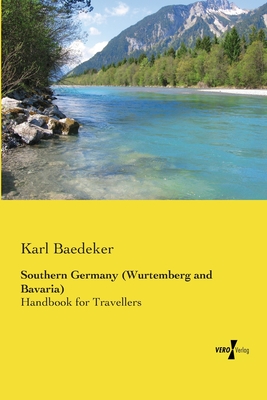 
Special Order—Subject to Availability
(This book cannot be returned.)
The Handbook for Southern Germany, which is now issued for the eleventh time and corresponds to the thirtieth German edition, is designed to assist the traveller in planning his tour and disposing of his time to the best advantage, to render him as far as possible independent of the services of hotel-keepers, commissionnaires, and guides, and thus to enable him the more thoroughly to enjoy and appreciate the objects of interest he meets with on his tour.The Handbook has been compiled almost entirely from the personal observation of the Editor, and most of the country described has been repeatedly explored by him with a view to procure the latest possible information; but, as many of the data in the Handbook relate to matters which are constantly undergoing alteration, he will highly appreciate any corrections or suggestions with which travellers may favour him. Those already received, which in many instances have proved most useful, he gratefully acknowledges.Reprint of the great historic guide from Baedeker published in 1910.