111 Places in Liverpool That You Shouldn't Miss (Paperback) 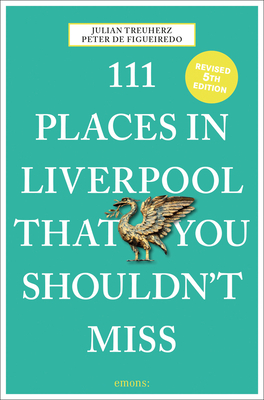 111 Places in Liverpool That You Shouldn't Miss (Paperback)


Backordered
- The ultimate insider's guide to Liverpool- Features interesting and unusual places not found in traditional travel guides- Part of the international 111 Places/111 Shops series with over 650 titles and 3.8 million copies in print worldwide- Appeals to both the local market (nearly half a million people call Liverpool home) and the tourist market (about 5 million people visit Liverpool every year )- Fully illustrated with 111 full-page color photographs- Revised and updated editionLiverpool's unique history as an international port and a cultural melting pot has given it a character all its own. The city has produced music that conquered the world and is home to more historic buildings than any other British metropolis outside London. It features two magnificent cathedrals and many world famous museums. But beyond its renowned exterior, is an eclectic assortment of places hidden and unknown. This deliciously offbeat guidebook will lead you to a different Liverpool: down tunnels, up skyscrapers, and into secret bars, speciality shops, and disused factories. You will see Balenciaga trainers and vintage planes, rolling bridges and disappearing statues, Liver birds and celebrity suitcases, home-baked cakes and cast-iron churches. Stroll under the palms in a magical glasshouse, explore a 1950s kitchen or a museum of false teeth. Relax in a hip tea bar with over 50 varieties of tea (loose leaf naturally). Marvel at the world's most expensive book or largest brick building (27 million bricks ). Go underground to explore a network of mysterious tunnels or a perfectly preserved World War II bunker. Drink in a prison cell, picnic in a graveyard, or stay in the hotel where Winston Churchill and Bob Dylan were guests. Think you know Liverpool? Think again Whether you're a long-time local, a first-time tourist, or a repeat visitor, prepare to be charmed and intrigued by 111 eccentric and unusual spots you'd never expect to find in the city best known for football and the Fab Four.
Peter de Figueiredo's family has been in Liverpool for over 200 years. He trained as an architect before working for the city of Chester and for English Heritage. He has developed an unrivalled knowledge of the architecture of Liverpool and the North West, and now has his own consultancy as an adviser on historic buildings. Julian Treuherz is an adopted Scouser. He was born in Littleborough, Lancashire and worked in Manchester before coming to Liverpool to direct the Walker Art Gallery and the Lady Lever Art Gallery, Port Sunlight. An expert in Victorian art, he received an honorary degree from the University of Liverpool in 2009.