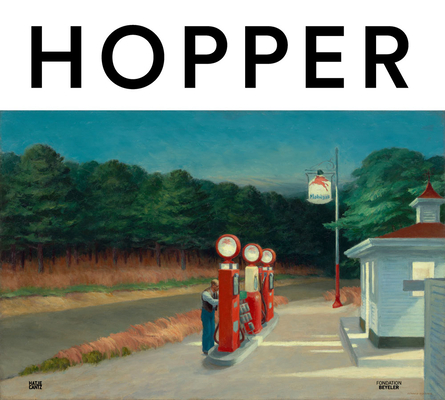 A fresh look at Hopper's iconic vision of the American landscape--its gas stations, diners and highways

Edward Hopper's world-famous, instantly recognizable paintings articulate an idiosyncratic view of modern life, unfolding in a world of lonely lighthouses, gas stations, movie theaters, bars and hotel rooms. With his impressive subjects, independent pictorial vocabulary and virtuoso play of colors, Hopper's work continues to this day to color our memory and imaginary of the United States in the first half of the 20th century.

Hopper began his career as an illustrator and became famous around the globe for his oil paintings. These paintings testify to the artist's great interest in the effects of color and his mastery in depicting light and shadow, at work whether the artist was painting alienated figures in dreamlike interiors or desolate American landscapes. Edward Hopper: A Fresh Look on Landscape is published to accompany a major exhibition at the Fondation Beyeler of Hopper's iconic images of the vast American landscape. The catalog gathers together paintings, watercolors and drawings made by the artist between the 1910s and the 1960s, and supplements them with essays by Erika Doss, David Lubin and Katharina R ppell, focused on the subject of depicting the landscape. Edward Hopper (1882-1967) was the master of American Realism. His paintings captured the mood and atmosphere of his era. His style of painting and subject matter became the stylistic foundation for a distinct type of American modernism. A source of inspiration for countless painters, photographers and filmmakers, Hopper's body of work continues to be influential to this day.