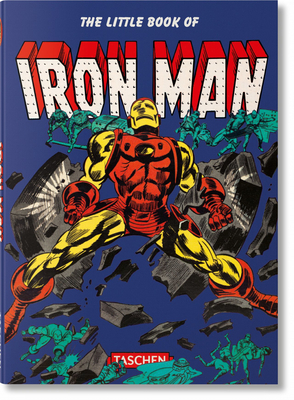 He made his debut in 1963, in Tales of Suspense No. 39, wearing a cumbersome gray exoskeleton that looked more like a robot than a man. After a re-design, he became an integral member of the Avengers, and he fought evil at every turn ... as well as intense personal demons. More than fifty years and countless comics adventures later, Iron Man became a box-office smash, and one of the most popular super heroes in the world. With 192 pages of images, and text by Roy Thomas, The Little Book of Iron Man will be your favorite guide to comics' greatest armored hero