From the Fires of War: Ukraine's Azov Movement and the Global Far Right (Paperback) 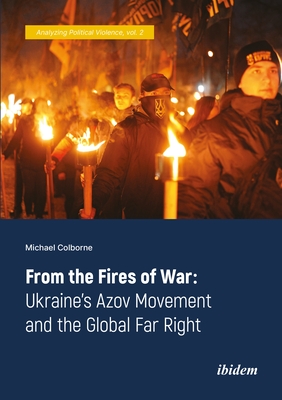 From the Fires of War: Ukraine's Azov Movement and the Global Far Right (Paperback)


Not On Our Shelves—Ships in 1-5 Days
From its roots in revolution and war, Ukraine's Azov movement has grown from a militia of fringe far-right figures and football hooligans fending off Russian-backed forces into a multipronged social movement that has become the envy of the global far right. In this first English-language book on the Azov movement, Michael Colborne explains how Azov came to be and continues to exploit Ukraine's fractured social and political situation--including the only ongoing war on European soil - to build one of the most ambitious and dangerous far-right movements in the world.
Michael Colborne is a Canadian journalist and researcher who focuses on the far right in Eastern Europe. He is a Policy and Practitioner Fellow with the Centre for the Analysis of the Radical Right (CARR) and has been part of the Bellingcat Monitoring Project team at the investigative journalism website Bellingcat, primarily researching Ukraine's far right. Colborne's work has appeared in Al Jazeera, Haaretz, The New Republic, Balkan Insight, and other publications.