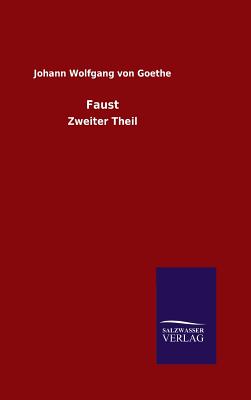 
Not On Our Shelves—Ships in 1-5 Days
(This book cannot be returned.)
Johann Wolfgang von Goethe's Faust is a tragic play in two parts: Faust. Der Tragodie erster Teil (translated as: Faust: The First Part of the Tragedy) and Faust. Der Tragodie zweiter Teil (Faust: The Second Part of the Tragedy). Although rarely staged in its entirety, it is the play with the largest audience numbers on German-language stages. Faust is Goethe's most famous work and considered by many to be one of the greatest works of German literature. Goethe completed a preliminary version of Part One in 1806. The 1808 publication was followed by the revised 1828-29 edition, which was the last to be edited by Goethe himself. Prior to these appeared a partial printing in 1790 of Faust, a Fragment.