A Marxist Reading of Young Baudrillard: Throughout His Ordered Masks (Hardcover) 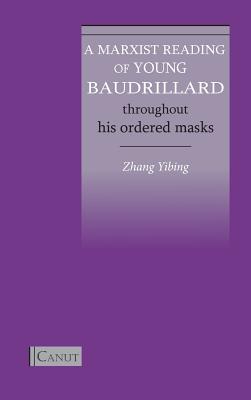 A Marxist Reading of Young Baudrillard: Throughout His Ordered Masks (Hardcover)


Not On Our Shelves—Ships in 1-5 Days
This book prefers a hard polemic on Baudrillard's post-modern turn, and deals in a direct and frontal debate against refutations claimed by early (young) Baudrillard to historical materialism and his deconstruction of Marxian theory of labor value. Making advantage of the brand-new method of Marxist context constitution, the author makes a critical and detailed reading of Youth Baudrillard's three most important academic books: For a Critique of Political Economy of Signs, The Mirror of Production and Symbolic Exchange and Death. And he makes a deep analysis on the academic and thinking basis of the Young Baudrillard, namely his logic of symbolic exchange based on grassroots' romanticism inspired from Mauss-Bataille; Furthermore, the author makes a clear distinction of the utmost secret transformative process of critical logic in the development of Baudrillard's thinking: from the dissolution of the ideographic material to the symbolic value of coding structure, then to the quasi-real existence without a model. And in the end the symbolic miscoding of death becomes the hopeless desire of Baudrillard's tentative salvation of the world. This is a death trilogy, which occurs in Baudrillard's academic scenery and in which the real existence is murdered. The thought of late Baudrillard, is something like a virus and paranoia. This kind of logical violence by theoretical violence has become an absurd modern academic cartoon in the excessive rational interpretation.