Spirit calls Nature: The Trouble with Consciousness, Science and Materialism towards the End of the Curve of Reason (Paperback) 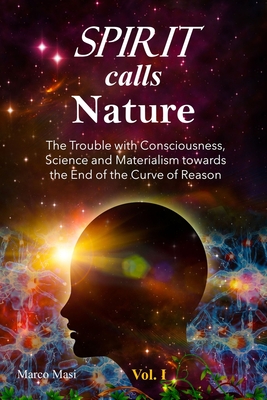 Spirit calls Nature: The Trouble with Consciousness, Science and Materialism towards the End of the Curve of Reason (Paperback)


Special Order—Subject to Availability
(This book cannot be returned.)
A trilogy on the synthesis of knowledge between science, philosophy and spirituality. What is the nature of consciousness and the mind? Is the mind physical? What does science tell us about free will? What is reality? Is a new way of seeing the world and a new science possible? Is a materialistic worldview which reduces everything to the laws of physics the last word? Is reason the ultimate tool for knowledge? Is the universe an undirected and purposeless clockwork or is there more in life and evolution? Can we reconcile science, philosophy, life, consciousness and evolution from a 'spiritual emergentist' perspective? These and many other scientific, philosophical and existential questions will be addresses and answered in the frame of a grand vision between East and West, science and philosophy, materialism and spirituality. Content of Volume I: Is consciousness reducible? What is the difference between mind and consciousness, if any? What is the hard problem of consciousness? What is the difference between the subconscious, subliminal and unconscious? Do we have free will? Is mind computational? Do plants and even unicellular organism have some 'basal cognition'? What do we know from the standpoint of the new findings of neurosciences, consciousness studies and the philosophy of mind? An analysis which will clarify the limits of reason and materialism, its logical fallacies and false premises and the dead-end of modern 'neurocentrism'.