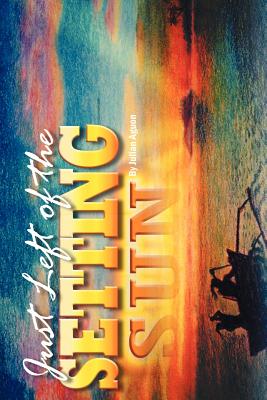 
Not On Our Shelves—Ships in 1-5 Days
Just Left of the Setting Sun is a collection of non-fiction essays by a young Chamoru scholar-activist from the island of Guam. These essays reflect the present-day reality of the indigenous people of the island of Guam. This book is framed in the context of an island that exists amidst the many conflicts and contradictions of being "freed from colonialism" by another colonial power in 1898 and "liberated from wartime aggression" by a country that put in under a Naval Administration until the 1960s and who worked to eliminate the culture of the local people through forced assimilation and nominal citizenship. It is written to articulate the reality of the Chamoru people of Guam as an indigenous Pacific Island culture, an American minority group, and an island people threatened by the encroachment of globalization into their lives. These essays will cause the reader to think critically on the subjects of globalization, sustainable development, sustainable governance, cultural reclamation, and self-determination on Guam, amongst the indigenous and colonized peoples in the world, question the value of democracy if it is involuntarily imposed on a people. This book is especially relevant for the present state of the world. Just Left is included in an academic series that we publish, 'The 1898 Consciousness Studies Series'. This series is a varied collection of essays on consciousness today in areas affected by the Spanish-American War and consequent possession by the U.S. These include The Philippines, Guam, Puerto Rico, and Cuba. Praise for Just Left of the Setting Sun "Fierce and compassionate, bold and resolute, Just Left of the Setting Sun is at once a coming into consciousness as it is a conch-shell blare for action by and for a new generation of Chamorros, the indigenous people of an island and archipelago long colonized by Spain, Japan and the United States of America. As critical towards fellow Chamorros who aid and abet the colonizer as he is of the colonizers themselves, Aguon also importantly situates the need for Native Struggles for Political and Cultural Self-Determination and Sovereignty within Feminist/Womanist critiques and global struggles for economic, social, and environmental justice, thereby providing a glimpse into the possibilities for local struggle informed and articulated to global movements beyond pan-indigenous movements per se, and for keeping global movements and political theory grounded in Indigenous traditions." Vicente M. Diaz Associate Professor of American Culture University of Michigan, Ann Arbor "Aguon re-introduces us to the principles of international law as a guiding framework to the resolution of the dilemma brought about by the present non self-governing arrangements which provide the trappings of democratic governance, but in reality are rather democratically deficient by any objective examination. Indeed, an important component of new millennium colonialism is the existence, but not the recognition, of this democratic deficit... ..."Just Left of the Setting Sun" should be required reading for the people in the remaining territories, young and old, who need to discover/re-discover the fire within, that they might further move the process forward, if only by a few steps further along the continuum. In a very real sense, as Aguon observes, "inside the heart of the Chamoru is still an ocean of latent potentialities waiting to surge." Dr. Carlyle Corbin Advisor on Governance and Political Development St. Croix, Virgin Islands.