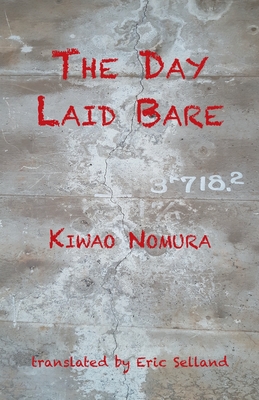 Kiwao Nomura is the leading experimental voice in contemporary Japanese poetry, who has published twenty-six volumes of verse since 1987. This translation of The Day Laid Bare, originally published in Japanese in 2011 in the wake of the disasters of that year in Japan, is the first time one of his individual volumes has been translated into English. In The Day Laid Bare, Kiwao Nomura takes us on a tour through hell on earth, much like Dante's Inferno. The parades of flesh winding their way through Nomura's poem are living creatures both human and non-human, or often subhuman, but who nevertheless ultimately embody the human condition. The title, The Day Laid Bare, speaks to human life stripped down to its most basic reality - vulnerable and powerless. The entire work is overshadowed by the colossal earthquake and tsunami which destroyed much of the northeastern region of Japan in March of 2011. Thus, although expressed in the language of the absurd and the Felliniesque, Kiwao Nomura's The Day Laid Bare has an existential urgency.