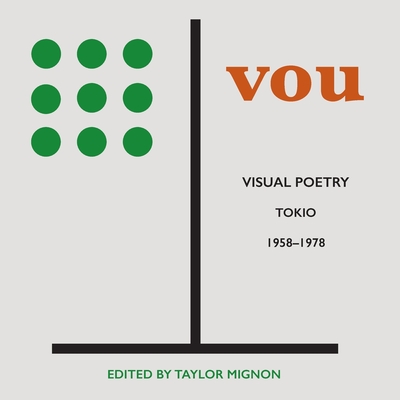 
Not On Our Shelves—Ships in 1-5 Days
(This book cannot be returned.)
Taylor Mignon has lived in Tokyo for many years, and during that time he has built up an important collection of copies of the avant-garde magazine VOU, edited by the legendary Kitasono Katue. Although the magazine, originally founded in 1935, had long included visual images (the earliest one reproduced here dates from 1954), in the decade or so before Kitasono's death in 1978, the magazine became notable for the amount and quality of visual poetry it printed. VOU: Visual Poetry, Tokio, 1954-1978 is Taylor's selection of work by nine leading contributors, along with his profiles of the poets and Eric Selland's introduction placing the work in its historical, cultural and political context.