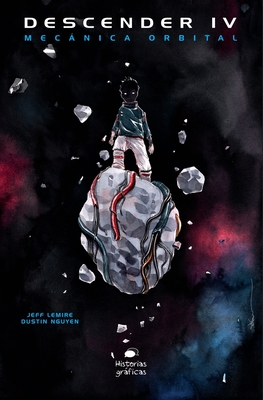 
Special Order—Subject to Availability
In this fourth installment of the acclaimed Descender series, conflicts are far from being resolved. Telsa and Quon will escape the Machine Moon to planet Kill, but with the wrong Tim. Andy’s scrappy team is recovering, and struggles only increase with Driller decides to reveal his darkest secret. Little by little, the pieces in this galactic chess game will reach their final positions.
Jeff Lemire has written and illustrated numerous books. Dustin Nguyen is a New York Times bestselling and award-winning comic creator.