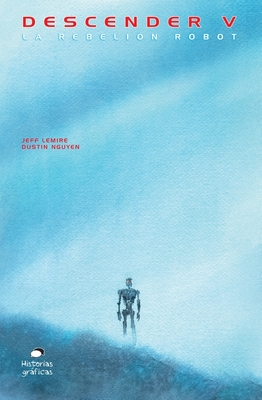 
Not On Our Shelves—Ships in 1-5 Days
The Universe is on the brink of war and the young android Tim-21 is in the middle of the conflict. As his allies and enemies focus on the orbit of the oceanic planet Mata, nothing can prepare him for the series of underwater revelations he is about to receive. This volume of the hit series Descend is the prelude to the long-awaited finale. The Descend series has been critically acclaimed since its release. The dystopian future in which machines are chased after an attack on humanity has captivated millions of readers. In addition, the pair of Eisner Award winners, Lemire and Nguyen, makes this series an exquisite narrative and graphic delicacy for lovers of science fiction and adventure comics. A series where there is no shortage of action, intrigue or unexpected twists.
Jeff Lemire has written and illustrated numerous books. Dustin Nguyen is a New York Times bestselling and award-winning comic creator.