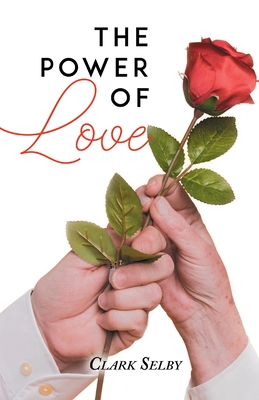 The Power of Love tells the story of how love can give you the ability to do things you never thought you were ever capable of doing. Chance and Ann married at sixteen and had been married for almost fifty years when Ann became paralyzed and Chance became her full-time caregiver. This story tells of the efforts to find a cure for her illness and the struggles to keep Ann alive and to endure to have some kind of life again. Chance learned to care for his paralyzed wife. He did everything that was required to take care of her even though he never thought he could do such things. Only the power of love could do that. Against all odds they were able to celebrate their fiftieth wedding anniversary. They continued going from doctor to doctor and hospital to hospital to find a way to keep Ann alive. Finally, they had success with Barnes Jewish Hospital and the doctors from Washington University in St. Louis. Th e doctors were able to stabilize Ann's condition and stop her disease from progressing further. Although Ann continued to be paralyzed, they found they were able to have somewhat of a normal life together even with her requiring twenty-four-hour-a-day care and with no hope of her ever being able to regaining her ability to stand or walk. Then without any warning, Ann suffered a cerebral hemorrhage and passed away, leaving Chance alone and lost. Chance and Ann's good friend, Susan O'Hara, had lost her husband over eighteen years before Ann passed away. After Susan lost her husband she went to college and earned her degree, graduating summa cum laude. Susan vowed never to date again or ever get married since she never wanted to go through the anguish of losing another love. Th is story tells how two people who never expected to find love again discovered how the power of love could let them love again and begin a new life together. Their story gives hope to everyone who has ever lost their loved one.