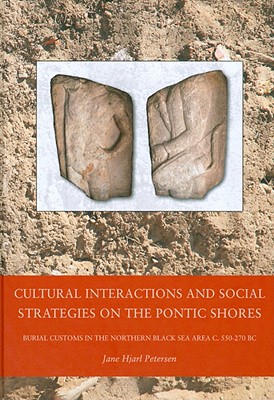 
Special Order—Subject to Availability
(This book cannot be returned.)
In Antiquity, the Black Sea region was a meeting point for several different population groups with diverse cultural backgrounds. The present monograph takes its point of departure in burial data from four coastal localities in the northern region of the Black Sea. The mortuary practices are decoded and interpreted within a framework mainly based on concepts of cultural interaction rather than cultural polarisation. Thus, the dogma of 'The Greeks and the Others' is challenged, and alternative perceptions of interactions between the people in the Black Sea region form the basis of the study. The burials are primarily analysed with emphasis on social strategies and cultural diversity. Furthermore, the Black Sea region is set into a comparative perspective through an outlook on burial customs and mortuary practices in the colonial milieus of contemporary Southern Italy.