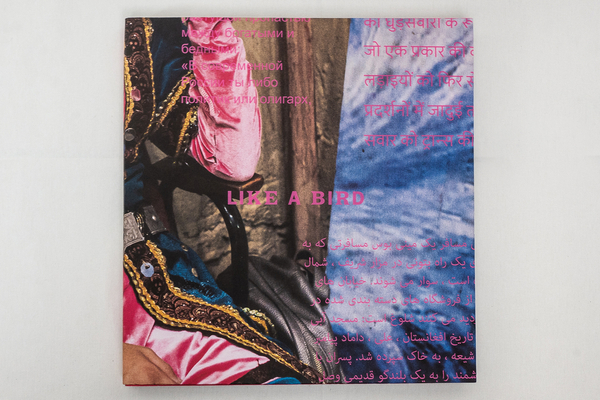 
Special Order—Subject to Availability
(This book cannot be returned.)
- An insider tale of Islamic countries with an oniric point of view through the circus worldGerman photographer Johanna-Maria Fritz travels all over the world photographing people and communities, especially in war zones in the Middle East. This book is the second in a poignant series on the circus in Muslim countries. She began this series over five years ago and published that work in her 2017 book, Like a Bird. Circus continues that project with images taken between 2017 and the present. Her work will be on display this summer at the annual photography festival in Arles. For Like a Bird I traveled to many Islamic countries. I was especially curious about the role of women in circus life and the environment the circus is based in - thankfully I was able to get access to the female culture in conservative societies like Iran and Afghanistan as I am myself a woman. With my work I pursue the object of overcoming prejudices and show how small communities are able to function in these conservative or conflict-ridden countries. I direct a spectator's view to different worlds: The one of the circus as well as the society surrounding it and how the social fabric of the circus influences the outside and gets influenced itself in reverse. - Johanna-Maria Fritz.
Johanna-Maria Fritz is a German photographer who lives and works in Berlin. She is a graduate of the German Ostkreuzschule for photography and has been a member of the Ostkreuz Agency since the beginning of 2019. Her photography has appeared in National Geographic, der Spiegel, Newsweek China, Die Zeit and numerous other publications. In 2017 she was awarded the Inge Morath Photography award. She has also won the VG-Bild award, the Lotto Brandenburg Prize, and the Felix Schoeller German Peace Prize Photography Award. She has exhibited worldwide, including Australia, France, Germany, Switzerland, China, Iceland, Ukraine, and the US.