The Lvov-Warsaw School and Contemporary Philosophy of Language (Pozna&#324; Studies in the Philosophy of the Sciences and th #117) (Hardcover) 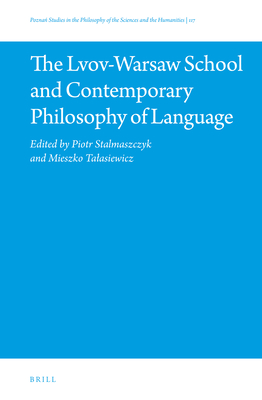 The Lvov-Warsaw School and Contemporary Philosophy of Language (Pozna&#324; Studies in the Philosophy of the Sciences and th #117) (Hardcover)


Special Order—Subject to Availability
(This book cannot be returned.)
This book highlights the legacy of the Lvov-Warsaw School in broadly understood contemporary philosophy of language. Fundamental methodological issues, important topics in syntax, semantics and pragmatics (such as modern Categorial Grammar, theories of truth, game-theoretical semantics, and argumentation theory) are tracked down to their origins in the Lvov-Warsaw School, and - the other way round - modern renderings of the ideas expressed by Kazimierz Ajdukiewicz, Tadeusz Kotarbiński, Stanislaw Leśniewski, Jan Lukasiewicz, Alfred Tarski, Kazimierz Twardowski, and other members of the School are presented. Among contributors there are philosophers, logicians, formal linguists and other specialists from France, Italy, Poland, and Spain.
Piotr Stalmaszczyk is professor of English Language and Linguistics at the University of Lodz (PhD in 1991). His research is concerned with philosophy of language and linguistics. Recent publications include the edited volume Philosophical Insights into Pragmatics (De Gruyter 2019), and two edited volumes on predication theory (both with Peter Lang, 2017). In 2017, he was elected president of the Polish Linguistics Association. Mieszko Talasiewicz is professor of philosophy at the University of Warsaw (PhD in 1999). He mainly works in the field of philosophy of language (categorial grammar, subject & predicate, truthmaking, intentionality), experimental philosophy and metaphilosophy. He is the author of Philosophy of Syntax. Foundational Topics (Springer 2010).