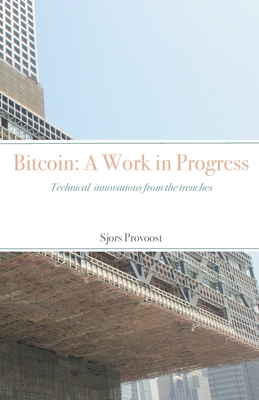 With thousands of "crypto" projects out there, they say Bitcoin is old and boring, but nothing could be further from the truth. This book will guide you through the latest developments in Bitcoin, as seen through the eyes of one of its many developers.

You'll learn about the latest soft fork known as Taproot, the challenges of keeping open source software free of money-stealing bugs and malware, new ways to protect nodes against evildoers on the internet, how to deal with the ever-growing blockchain, and more

Each chapter links to a corresponding episode of the Bitcoin, Explained podcast. The book also links to more than two hundred articles, videos, podcasts, and even the source code. And thanks to a tiny QR code next to every link, you'll never have to type long URLs.

The author is a software developer based in Utrecht, The Netherlands. He has been working in the Bitcoin industry since 2014 and became a Bitcoin Core contributor in 2017, giving him a front row seat to all the latest and most exciting technical developments. He is a co-host on the Bitcoin Magazine podcast Bitcoin, Explained.