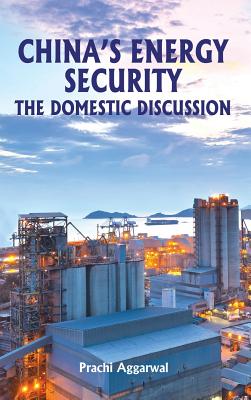 
Not On Our Shelves—Ships in 1-5 Days
(This book cannot be returned.)
This book is about two subjects which have been keeping the world on tenterhooks: China and Energy. When China is discussed economy becomes the protagonist and when energy is discussed West Asia and Africa are the only regions thought about. However there is a symbiotic relationship between the world's fastest rising superpower and the world's fastest depleting natural resources, which is less talked about. China has crossed borders to procure fuel for its economy but how does it manage its own internal situation? What is the connection between economy, energy and environment and how does China's political structure manage it? This book is primarily based on resources written in the Chinese language, and it gives an inside view of China, and compares and contrasts both the Chinese and Western perspectives of an issue of extreme gravity. Moreover it talks about the nexus between energy, economy and environment and its internal politics. This book is aimed at giving an overall view of the picture, as it is not just one dimension that dominates or determines China's energy script. With an intense focus on the growing importance of China's energy factor, it traces the changing priorities given to the energy sector as reflected in China's policies. It further studies the impact of economic growth on energy and vice versa, i.e., the relation between the changing economic dynamism and the role of energy in contribution to its growth. It discusses the participation of economics in intensified energy utilisation and the function it can play in achieving energy optimisation. Moreover, environmental determinism and sustainable development is an important issue especially in the context of the degradation of environment and the investment in renewable resources and advanced know-how to achieve a greater degree of sustainable development.