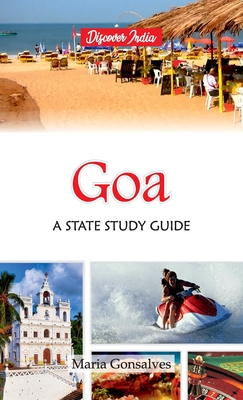 Goa is a state in India within the coastal region known as the Konkan, in Western India. It is bounded by Maharashtra to the north and Karnataka to the east and south, with the Arabian Sea forming its Western coast. It is India's smallest state by area and the fourth smallest by population. Goa has the highest GDP per capita among all Indian states, that is two and a half times that of the country. It was ranked the 'best placed State' by the "Eleventh Finance Commission" for its infrastructure and ranked on top for the 'best quality of life' in India by the National Commission on Population based on the 12 Indicators. The Government of Goa is the provincial government created by Constitution of India as executive, legislative and judicial authority of state of Goa.

It is located in Panaji, Goa. The key political players in Goa state in Western India are the ruling Bharatiya Janata Party, Indian National Congress, Maharashtrawadi Gomantak Party and Goa Vikas Party. The present book examines the different dimensions of the dynamics of development of Goa in order to understand the processes and to infer policy interventions for a healthy and sustainable development.