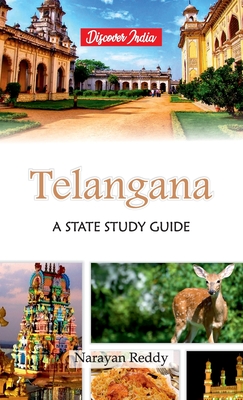 Telangana is a state in the south of India. It is situated on the centre-south stretch of the Indian peninsula on the high Deccan Plateau. It is the twelfth largest state and the twelfth-most populated state in India with a geographical area of 112,077 km (43,273 sq mi) and 35,193,978 residents as per 2011 census. On 2 June 2014, the area was separated from the northwestern part of Andhra Pradesh as the newly formed 29th state with Hyderabad as its historic permanent capital. Its other major cities include Warangal, Nizamabad, Khammam and Karimnagar. Telangana is bordered by the states of Maharashtra to the north, Chhattisgarh to the east, Karnataka to the west and Andhra Pradesh to the east and south. The terrain of Telangana region consists mostly of hills, mountain ranges, and thick dense forests distribution of 27,292 sq. km. As of 2018, the state of Telangana is divided into 31 districts. Government of Telangana is a democratically elected body that governs the State of Telangana, India. The state government is headed by the Governor of Telangana as the nominal head of state, with a democratically elected Chief Minister as the real head of the executive. The governor who is appointed for five years appoints the chief minister and his council of ministers.

Telangana is governed by a parliamentary system of representative democracy, a feature the state shares with other Indian states. Universal suffrage is granted to residents. There are three branches of government. The book is intended to provide referral benefit to students, scholars and policy-makers.