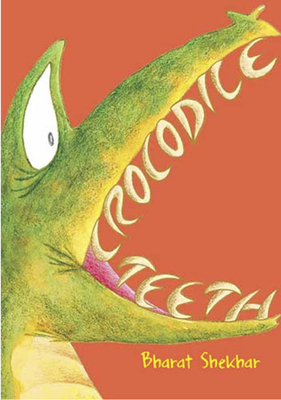 
In Stock—Click for Locations
Poor Grinder N Grater is old and has lost all his teeth. He is sick of being laughed at by the other animals. And tired of being hungry. His little bird-friend Cheenchi Chiriya tries many replacements, but thorns are too sharp, pebbles are too smooth, and dinosaur teeth are too big or too small. And then she has an idea which takes all the animals deep into the forest, into a dark, dark cave with a magic door. What’s the plan? An action-packed animal adventure with delightful characters, filled with engaging text interspersed with word play and funny verse that makes this story ideal for early readers. Dramatic black and white illustrations animate the story and create atmosphere, and a simple storyline with larger lettering and an easy-to-hold size help in the transition from picture books to chapter books.
Bharat Shekhar bid adieu to the 9 to 9 grind that made him bald, drained, and de-brained. He now thanks his stars, as he can write when he wants to and doodle when he doesn't. Illustrator Soumya Menon calls herself a bookworm who loves to write and doodle too. She studied animation film design and enjoys working with children.