Comics of the New Europe: Reflections and Intersections (Studies in European Comics and Graphic Novels #7) (Paperback) 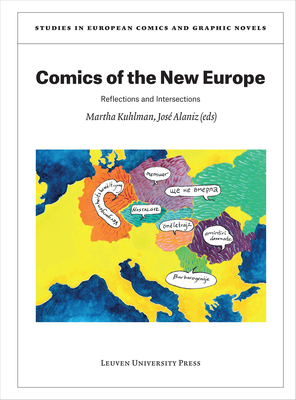 Comics of the New Europe: Reflections and Intersections (Studies in European Comics and Graphic Novels #7) (Paperback)

Bringing together the work of an array of North American and European scholars, this collection highlights a previously unexamined area within global comics studies. It analyses comics from countries formerly behind the Iron Curtain like East Germany, Poland, Czechoslovakia, Hungary, Romania, Yugoslavia, and Ukraine, given their shared history of WWII and Communism. In addition to situating these graphic narratives in their national and subnational contexts, Comics of the New Europe pays particular attention to transnational connections along the common themes of nostalgia, memoir, and life under Communism. The essays offer insights into a new generation of European cartoonists that looks forward, inspired and informed by traditions from Franco-Belgian and American comics, and back, as they use the medium of comics to reexamine and reevaluate not only their national pasts and respective comics traditions but also their own post-1989 identities and experiences.