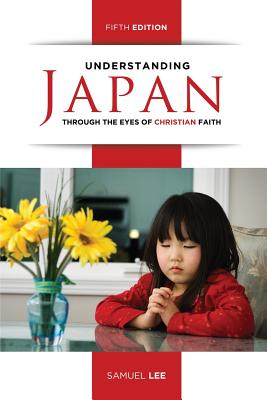 
Not On Our Shelves—Ships in 1-5 Days
In Understanding Japan through the Eyes of Christian Faith Samuel Lee skillfully examines various facets of the Japanese society and culture in relation to Christianity. The author elaborates the historical background of Christianity in Japan and describes the socio-cultural condition of the nation. Understanding Japan through the Eyes of Christian Faith is a handbook for missionaries, mission organizations, churches, Christian universities/colleges, seminaries and every Christian who is interested in reaching the Japanese people. ABOUT THE AUTHOR Samuel Lee holds Ph.D. in Intercultural Theology (Free University Amsterdam) and M.A. degree in Sociology of Non Western Societies (Leiden University). His research areas are Japanese culture & society, Christianity in Japan, sociology of religion and contextual theology. He is also the author of The Japanese & Christianity: Why is Christianity Not Widely Believed in Japan? (2014). Lee is president of Foundation University in Amsterdam, the Netherlands.