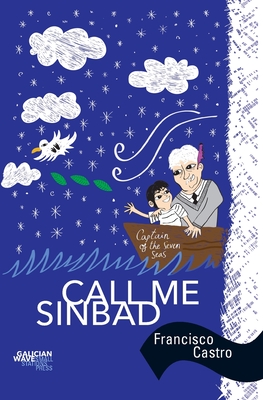 Paulo's grandfather suffers from Alzheimer's. There are times he forgets things, his head goes wobbly and his memories get all mixed up. He even forgets who his son and daughter-in-law are, but the one person he never forgets is his grandson, Paulo, even though he calls him Sinbad the Sailor and they have adventures together at sea (in the sitting room), fighting the filibusters. The other person he always refers to is his brother, Bernardino, but Paulo's father tells Paulo that Bernardino doesn't exist. Paulo's father is so busy at work he hardly has time for the other members of his family and is always talking on the mobile, so much so that his ear goes red. Even though he doesn't get home until eight in the evening, he carries on dealing with work stuff on the phone. Grandpa has these 'periods', moments when he deliberately knocks things over or won't get out of bed or whacks the television on full-volume in the night. They drive Paulo's mother crazy, but underneath she cares for him deeply. One day in February, however, Paulo's family wake up to find that Grandpa isn't there anymore, he's gone missing. It will fall to Paulo to have the adventure of his life and find out where he's got to. This is the story of how a family copes with the demands of an illness such as Alzheimer's, the changes that have to be made. It is also a story of endeavour, of overcoming those filibusters - the demons of daily life - that attack us at sea and finding strength where we least expect it, in the contour lines of hope. Francisco Castro is the author of numerous works of fiction for adults and young people. He has received important literary awards in Galicia, including the Blanco Amor and the Garc a Barros Awards for novels. He is perhaps best known for his work Call Me Sinbad about a boy and his grandfather who suffers from Alzheimer's. This book was included in the 2012 IBBY Honour List. Francisco Castro is active as a journalist and a blogger. He was president of the Galician Association for Young People's Literature (GALIX) before becoming director of the most prestigious publishing house in Galicia, Editorial Galaxia, in 2016.