Seashells of the Egyptian Red Sea: The Illustrated Handbook (Hardcover) 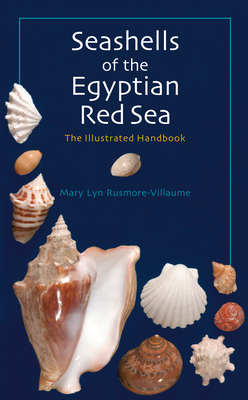 Seashells of the Egyptian Red Sea: The Illustrated Handbook (Hardcover)


Not On Our Shelves—Ships in 1-5 Days
Stunning photographs make this guide to the seashells of Egypt's Red Sea coast a delight for scientists and beachcombers alike. Biologist Mary Lyn Rusmore-Villaume offers succinct descriptions of over five hundred species, indicating geographic range, size, color, and other details. The book is organized by taxonomy, divided between gastropods and bivalves, and each species is illustrated with one or more photographs for easy identification, all taken especially for this book by the author using shells from her own collection. All the shells most people are likely to see are included here, as well as many rare specimens (including an entirely new species discovered by the author). The species covered come from all regions of Egypt bordering the Red Sea, including the Gulf of Suez, South Sinai, the Gulf of Aqaba, and the mainland coast from Hurghada to Shalatin. As the only guide to Egypt's Red Sea shells, this is an invaluable reference for anyone interested in the Red Sea and its rich biodiversity. Copiously illustrated and comprehensive in its approach, Seashells of the Egyptian Red Sea represents a unique contribution to the scientific knowledge of the marine fauna of this branch of the Indo-Pacific region.
Mary Lyn Rusmore-Villaume has been combing the beaches of Egypt for fifteen years, and is working on her Ph.D. in biodiversity at the University of Nottingham. She has published a number of scientific papers on the seashells of the Egyptian Red Sea.