City of Love and Ashes (Paperback) 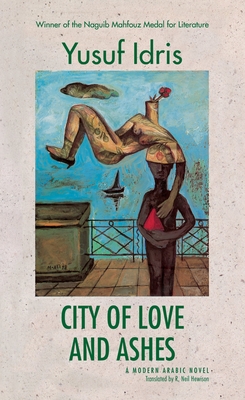 City of Love and Ashes (Paperback)

Cairo, January 1952. Egypt is at a critical point in its modern history, struggling to throw off the yoke of the seventy-year British occupation and its corrupt royalist allies. Hamza is a committed young radical, his goal to build a secret armed brigade to fight for freedom, independence, and national self-esteem. Fawziya is a woman with a mission too, keen to support the cause. Among the ashes of the city love may grow, but at a time of national struggle what place do personal feelings have beside the greater love for a shackled homeland? In this finely crafted novel, Yusuf Idris, best known as the master of the Arabic short story, brings to life not only some of the most human characters in modern Arabic fiction but the soul of Cairo itself and the soul of a national consciousness focused on liberation.

Yusuf Idris was one of the great figures of twentieth-century Arabic literature. Described as ''the renovator and genius of the short story'' (Tawfiq al-Hakim, ) he was born in 1927, graduated from medical college in 1951, and practiced medicine for several years. His first collection of stories was published in 1956. In 1960 he gave up medicine to become editor of the Cairo daily newspaper al-Gumhuriya, and he continued to write and publish prolifically until his death in 1991. R. Neil Hewison is the translator of Wedding Night by Yusuf Abu Rayya (AUC Press 2006) and After the Nobel Prize 1989-1994: The Non-Fiction Writing of Naguib Mahfouz Volume IV and the author of The Fayoum: History and Guide (AUC Press, revised edition 2008) and Fayoum Pottery: Ceramic Arts and Crafts in an Egyptian Oasis (AUC Press 2021).