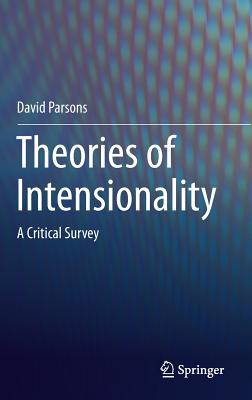 This book offers a comprehensive primer for the study of intensionality. It explores and assesses those key theories of intensionality which have been developed in the twentieth and early twenty-first centuries. Each of the examined theories is tested as to whether it can account for the problems associated with (A) the intersubstitution salva veritate of co-extensional expressions, and (B) existential generalisation. All of these theories are subsequently compared so as to determine which of them comes closest to successfully solving these problems.

The book examines four kinds of intensionalist approaches: the Fregean approach (including Church's formalisation of Frege's theory); the possible-worlds approaches of Carnap, Montague and Cresswell; the theory of properties relations and propositions devised by Bealer; and the Meinongian approaches put forward by Zalta and Priest.

David Parsons completed a Bachelor of Arts in Philosophy at the Australian Catholic University. His Honours thesis was recognised with First Class honours and the University medal. In 2014, he received a Doctor of Philosophy from the University of Queensland for his thesis on Intensional Logics and Their Rivals.