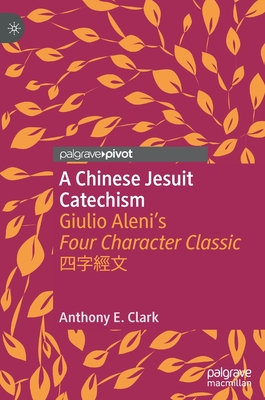 This book is the first scholarly study of the famous Jesuit Chinese children's primer, the Four Character Classic, written by Giulio Aleni (1582-1649) while living in Fujian, China. This book also includes masterful translations of both Wang Yinglin's (1551-1602) hallowed Confucian Three Character Classic and Aleni's Chinese catechism that was published during the Qing (1644-1911). Clark's careful reading of the Four Character Classic provides new insights into an area of the Jesuit mission in early modern China that has so far been given little attention, the education of children. This book underscores how Aleni's published work functions as a good example of the Jesuit use of normative Chinese print culture to serve the catechetical exigencies of the Catholic mission in East Asia, particularly his meticulous imitation of Confucian children's primers to promote decidedly Christian content.

Anthony E. Clark is Professor of Chinese History and Edward B. Lindaman Endowed Chair at Whitworth University. He is the author of several books, including China's Catholics in an Era of Transformation (2020), China Gothic: The Bishop of Beijing and His Cathedral (2019), and Heaven in Conflict: Franciscans and the Boxer Uprising in Shanxi (2015)