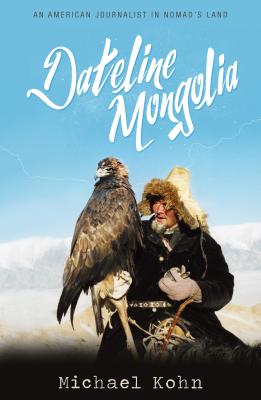 
Special Order—Subject to Availability
Michael Kohn, former editor of the Mongol Messenger newspaper, is one step ahead of the journalistic posse in this epic Western set in the Far East. Kohn's memoir of his time as a newsman in Mongolia is an irresistible account of a land where falcon poachers, cattle rustlers, exiled Buddhist leaders, death-defying child jockeys and political assassins vie for page one. A turf war between lamas, shamans, Mormon elders and ministers provides the spiritual backdrop in this nation which had only just been liberated from Soviet rule. From the reincarnated Bogd Khan and his press spokesman to vodka-fueled racing entrepreneurs and political leaders unclear on the concept of freedom of the press, Kohn explores one of Asia's most fascinating, mysterious and misunderstood lands.
American journalist Michael Kohn lived and worked in Mongolia from 1998 to 2000, and frequently returns to cover news stories and sample the mares' milk. As a writer for Lonely Planet, Michael has also worked in Israel, Colombia, Uzbekistan, South Africa and Tibet. He lives in San Francisco.Author's previous books: Lama of the Gobi: How Mongolia's Mystic Monk Spread Tibetan Buddhism in the World's Harshest Desert, ISBN 9789881774262; Lonely Planet Mongolia, ISBN 9781740593595; Lonely Planet Israel & the Palestinian Territories, ISBN 9781864502770