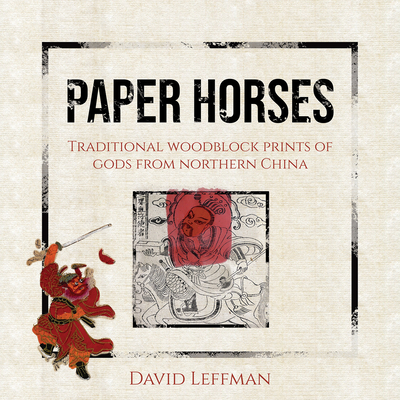 
Not On Our Shelves—Ships in 1-5 Days
In 2020 a large album of "paper horses" - prayer prints of Chinese gods - appeared for sale. How had these fragile things, cheaply printed in the 1940s and meant to be ritually burned soon after purchase, survived intact for so long? And how come there were at least three other identical sets in collections around the world? In answering this mystery, author David Leffman explores the history and techniques behind traditional Chinese woodblock printing, which dates back to at least the Tang dynasty (618-907). All 93 "paper horses" in the original album are reproduced alongside biographies of the gods, spirits and demons depicted, providing an illustrated introduction to the complex and fascinating world of Chinese folk religion.
David Leffman first visited China in 1985, and he has spent over five years in the country as a travel writer and photographer. He authored regional guidebooks for Rough Guides and Dorling Kindersley, and his articles on Chinese history and culture have appeared in the South China Morning Post and The Diplomat. His biography of Qing-dynasty adventurer William Mesny, The Mercenary Mandarin, was published in 2016.Leffman taught himself to cut, ink, and print woodblocks in his teens, and has visited printing studios across China, interviewing artists and carvers and building up a collection of traditional prints.He was introduced to the world of Chinese folk belief by the late Keith Stevens, author of Chinese Mythological Gods and Chinese Gods; and Ronni Pinsler, the man behind www.bookofxianshen.com. Their works inspired him to explore the legends and iconography of "paper horses" - woodblock prints of Chinese gods.