Mhlakaza in the Changing Southern Africa: The Memoirs of Dr V A Mhlakaza (Paperback) 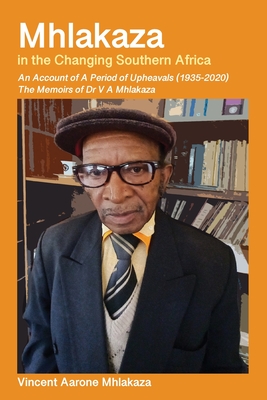 Mhlakaza in the Changing Southern Africa: The Memoirs of Dr V A Mhlakaza (Paperback)

These beautifully crafted Memoirs reveal to us the journey of life, through childhood and adulthood, of a man who has been sincerely committed to all he undertook. As a teacher and lecturer, a community development worker, an author and devoted Catholic, with his wife and family by his side, he has given himself unreservedly in the service of others. Alongside his reflections about his personal journey, we gain insights into the history and political changes in Lesotho and South Africa, and the evolution of the Catholic Church in that context. Whether interested in what shapes a person's character and how he lives out the values with which he is imbued, or in the transition of South Africa from apartheid to freedom and Lesotho from protectorate to constitutional monarchy, readers will find these Memoirs elucidating and rewarding. Dr Vincent Mhlakaza has already published several collections of short stories (Lekomo, 1992, Seotlong, 1994, Tikamotse, 1999) and Lipale le Litsomo tsa Andersen (2010), a translation of 12 of Hans Christian Andersen's fairy tales. Ad Majorem Dei Gloriam (2016) is a collection of hymns, offered in several South African languages, with tonic sol-fa notation. He has received two first prize literary awards, in 1993 for Lekomo and in 1999 for Tikamotse. A novel, Rapitso, remains unpublished (Sarah Westcott, Oxford, UK).