Rhythm of the Imperium (Compact Disc) 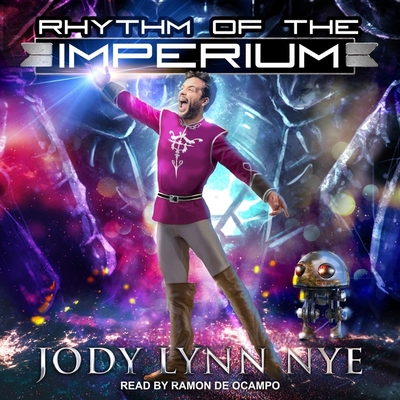 Rhythm of the Imperium (Compact Disc)


Special Order—Subject to Availability
The Zang, an elder race of the galaxy, may be a shrinking population, but they're also intelligent, curious, and powerful. What's more, they practice a most unusual art form: they bonsai star systems. Eager to witness this first hand, Lieutenant Lord Thomas Kinago, accompanied as always by his personal assistant Parsons, sets out on a several-week jaunt to see the Zang destroy a moon to enhance the beauty of a star system. But the trip is sidelined when Kinago's uncle offers to take him to the seldom seen human homeworld, Earth. Unable to resist, Kinago goes along, only to find on his return that the planet he's just visited may be in danger of being eradicated. Earth lies within the protective sphere of the Zang, but enemies of the Imperium are lobbying to have Sol system turned over to them. It is up to Kinago and Parsons to save Earth. Kinago has the key, but will he be able to persuade the Zang to spare the human homeworld before it's too late?